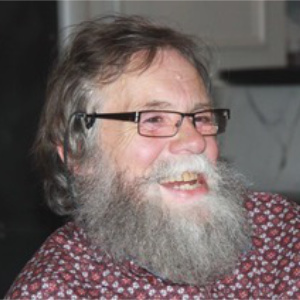 After a career got in the way, I found time to write again after retiring. Since then a number of short stories and articles, usually, but by no means always humour based, have featured in various publications, including The Oldie, Slighty Foxed, Scribble and three of the first five volumes of humour-based storiesTo Hull and Back. I have also, bizarrely, published a lengthy but entertaining (honestly…) history of local government lawyers which received universal praise, especially from, er, local government lawyers (“I am lost in admiration of the scholarship. I found the humour delightful.” – Sir Rodney Brooke…).

However, my favourite form of writing is for the stage. I have written plays ranging from about two minutes to over two hours, a few of which have won prizes or been selected for performance at a variety of venues around Yorkshire and Lancashire, including Cast in Doncaster, York Theatre Royal, Bradford Playhouse, 7 Arts, Leeds and the Kings Arms, Salford. A good number have also been accepted for publication through https://www.smithscripts.co.uk/  and are available for download and performance.

I have been a member of HAC for about twelve years and have always found it helpful, supportive and fun, although substantial and increasing disability put an end to my attending meetings and is now also preventing me from writing. My most recent efforts were a series of home front monologues performed at an event marking the 75th anniversary of D-Day.

When the power cut came, only the loss of lighting caused any real problem. After all, the central heating was never sufficiently reliable for anyone to rely on it. So there were log fires already burning. Logs were in plentiful supply, unlike most other necessities. And although the nibbles couldn’t be properly heated, that did… END_OF_DOCUMENT_TOKEN_TO_BE_REPLACED

He rang the bell. The door opened. Fiona stood there, dressed in a tight, shiny, garishly-coloured outfit. He reached under his jacket, pulled out a pistol and adopted what he hoped was a cool, confident stance. ‘My name is Bond. James Bond.’ ‘Nigel, for heaven’s sake. It’s supposed to be fancy dress.’ ‘This is fancy… END_OF_DOCUMENT_TOKEN_TO_BE_REPLACED

It wasn’t anything the voice said which gave Andy the heeby-jeebies. Mere words couldn’t bother him. He had worse troubles already. He was thirty-five, overworked and underpaid in an utterly foul sales job; and he had realised that his marriage to a woman who had become demanding, hyper-critical and unsympathetic was over. No, what alarmed… END_OF_DOCUMENT_TOKEN_TO_BE_REPLACED

Blackout’s what I can’t stand. If I go out I have to creep around in the dark, tripping over things. Torch is useless. They tell you to keep turning it off and on to save the battery. Well, you have to do what you can, I suppose. After all, there is a war on. But… END_OF_DOCUMENT_TOKEN_TO_BE_REPLACED

Of course the front line wasn’t only occupied by military men. Because often enough the front line came home and took in civilians, including women and children. One incident I can recall only too clearly nearly cost my life. I was very lucky. I was twenty-one and acting as an aircraft spotter at the time…. END_OF_DOCUMENT_TOKEN_TO_BE_REPLACED

I suppose compared to a lot I had what you might call a ‘good war’. All right, Jack went off to t’army day after our wedding, but lots of lasses had that. And then there were rationing, t’blackout, occasional air-raids, shortages and what-not that everybody had to put up with. But I had good stuff… END_OF_DOCUMENT_TOKEN_TO_BE_REPLACED

(on phone)  Hello. Vicar speaking….Oh, Mrs. Pemberton. How nice. (Aside) Please, Lord, what have I done to deserve this?….Oh, did you? I didn’t see you waiting after church. Sorry, Lord. What can I do for…?….I see. And what was wrong with the prayers?….Well, I did include our forces fighting overseas. And mentioned the men from… END_OF_DOCUMENT_TOKEN_TO_BE_REPLACED

Of course everyone round us had Anderson shelters. Dad installed ours. Four feet underground and two feet above, then covered with soil. Mam grew vegetables on it. Cabbage and lettuce and beetroot and all sorts. Digging for victory, she called it. Dad called it our camouflage system. At first we didn’t need it, but then… END_OF_DOCUMENT_TOKEN_TO_BE_REPLACED

My dad wanted to join the forces. He wanted to fight. He had been in the Air Training Corps and was a qualified radio operator. He was waiting for call-up to the RAF. But instead he was told to go to south Wales to be a coal miner – a Bevin boy. Ridiculous.. It was… END_OF_DOCUMENT_TOKEN_TO_BE_REPLACED