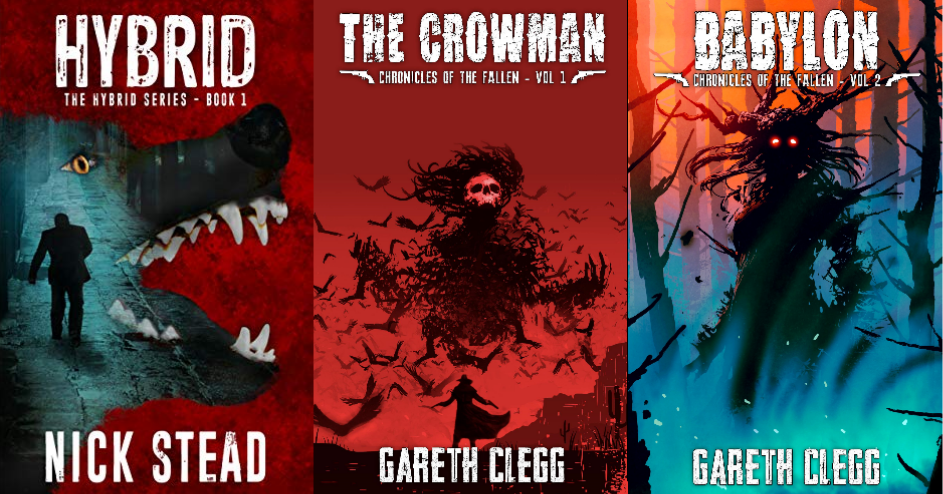 This last month we are very lucky to have seen the releases of three amazing works from Gareth Clegg and Nick Stead.

Gareth started July by announcing the release of a series of novellas, the Chronicles of the Fallen. A Weird West / Supernatural Western Horror series following protagonist Cheveyo Santiago as he hunts down malicious forces plaguing the new world.

The Crowman and Babylon, the first two parts of this series are available now as eBooks on Amazon.

Nick has just celebrated the five-year anniversary of the original release of his debut novel, Hybrid with a second edition release. This revised and extended edition is an excellent way to reignite your passion for the series, as he gets to work on the second editions of both Hunted and Vengeance.

Hybrid, second edition is now available as an eBook and in paperback on Amazon.

Upcoming at the end of this month we are looking forward to the release of the third in the Chronicles of the Fallen series and the new release of Hunted, second edition. So, stay tuned for the pre-orders and don’t forget to check out the links below for these three amazing books.